UAP-AC-IW-PRO – WLAN out of the wall

Home / Ubiquiti / UAP-AC-IW-PRO – WLAN out of the wall 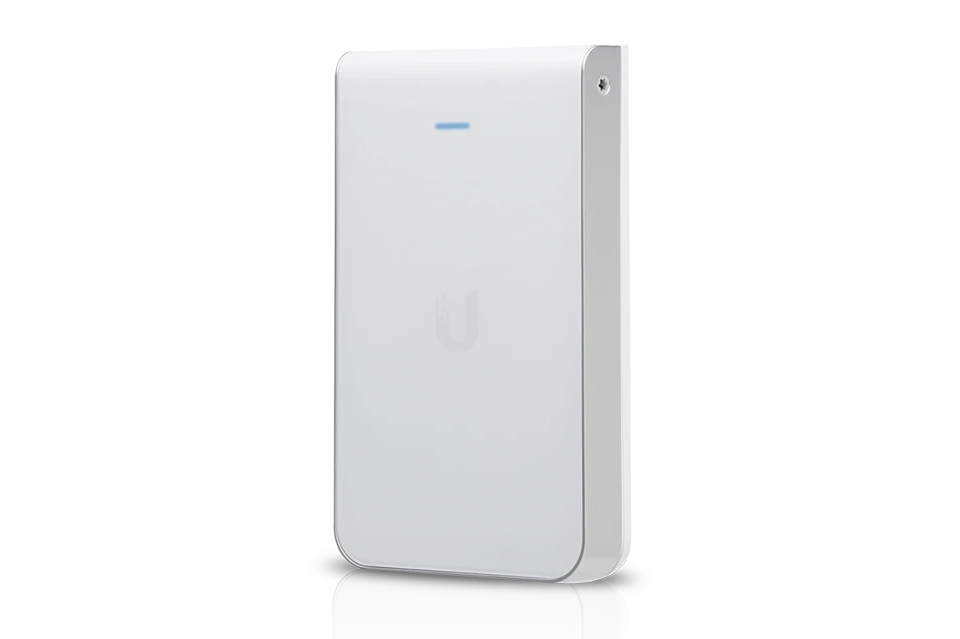 Now the top model from the UniFi-AC-IW series, the UAP-AC-IW-PRO, has also been delivered and we took the time to take a closer look at the mini access point.

With significantly more power and range (according to the data sheet, more than 50%), the new PRO version should be a sensible alternative to the UAP-AC-IW. In addition, the supplied mounting plate ensures quick and easy installation.

Unlimited indoor AP scalability in a unified management system, breakthrough speeds of up to 1300 Mbps in the 5 GHz band, intuitive UniFi controller software.

Separate installation boxes for surface and flush mounting, as with the UAP-IW, are no longer required.

We unpacked the mini access point and tested it in the VARIA test laboratory.

After logging in, the same features await us as with the UAP-AC-IW or as they are known from all UAP-AC devices (e.g. UAP-AC-PRO). Thanks to the special cover on the back of the device, the PRO version can be surface-mounted or flush-mounted all over the world with standard sockets.

With the integrated, much stronger antennas (one more antenna channel per band, i.e. a total of 3×3 MIMO), the device now achieves a significantly greater range than the UAP-AC-IW. We can also confirm that we support the 802.af/at standard. A PoE adapter is unfortunately not included in the scope of delivery. That is why we used the UAP-AC-IW-PRO with the POE-48-24W-G.

If an EdgeSwitch or UniFiSwitch from Ubiquiti is used in the network, its PoE functionality can be used for power supply and a PoE injector can be dispensed with.

Unfortunately, the IW-PRO version did not use the USB port known from the UAP-AC-PRO.

Test result:
We had a net data rate of ~ 180 Mbit in the 2.4 GHz and ~ 360 Mbit AC in the 5 GHz range in the immediate vicinity. The device is already set to DHCP on delivery and is recognized and registered in the UniFi controller without any problems. As stated by the manufacturer, the installation / assembly of the device can actually be done relatively easily if there is already an RJ45 connection in the flush-mounted socket.

Note: We recommend using a CAT. 5e cable or higher.

In addition to management via the UniFi controller, the UAP-AC-IW-PRO can of course also be operated in stand-alone mode as a “single access point”. This requires configuration using the manufacturer’s app.